If you’re from Baton Rouge, or even if you’re not, chances are you’ve heard the story of the creation of Raise the cane. The college business professor rejecting the idea. The relentless hustle and bustle of founder Todd Graves, aka working as a boilermaker and fisherman, to raise start-up funds. Humble beginnings at LSU’s North Gates.

But chances are that even if you don’t know all of this, you know the origins of the chicken franchise name. From sunglasses-clad portraits to t-shirts to plush toys, the mascot is hard to miss. It’s Graves’ yellow Labrador, Raising Cane.

“In 1996, when I didn’t have a name for my soon-to-open restaurant, a friend suggested I name it after my dog, Raising Cane, who was hanging around the building site,” Graves recalled.

The entrepreneur has been a lifelong dog lover, with yellow Labradors long defining his canine preferences. So it made sense to place his pup in the center of the brand. And even after Raising Cane I passed away in 1998, Graves continued the tradition, with Yellow Labs Raising Cane II and Raising Cane III.

“Over the past few years we’ve had two dogs,” notes Graves, “Cane II and Yellow Lab Roux, then Roux and Cane III. When Roux passed away last year, Cane missed having a canine buddy at home.

At a shelter in November 2021, the Graves family found the perfect friend to fill the void: a “super mutt” named Clove who shook up Yellow Lab’s legacy. “She and Cane are best friends, and they enjoy spending their days together running around in the garden, playing tug of war and sunbathing by the pool,” Graves says. “Clove never leaves her big sister’s side.”

Adding a rescue pet to the Graves family tree is all the more important given the Raising Cane Company’s passion for animal welfare. The company has partnered with thousands of organizations nationwide, including animal friends, Capital Region Humane Society and the Denham Springs Animal Sanctuary– to support everything from pet adoptions and dog parks to therapy and service dog programs. Through the Plush Puppy program, net proceeds from plush Yellow Lab likenesses are donated to pet-related causes; Since selling the first stuffed puppy in 2004, Raising Cane’s has donated $1 million to pet welfare organizations. 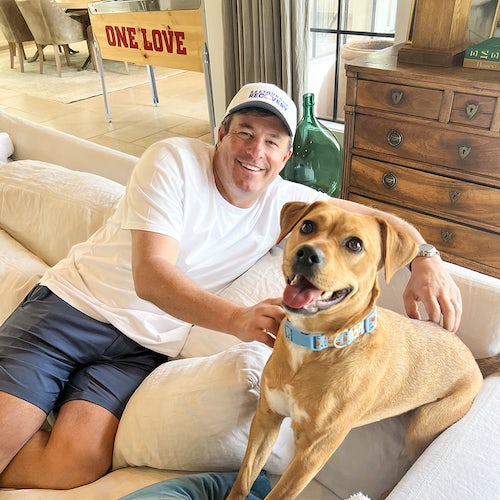 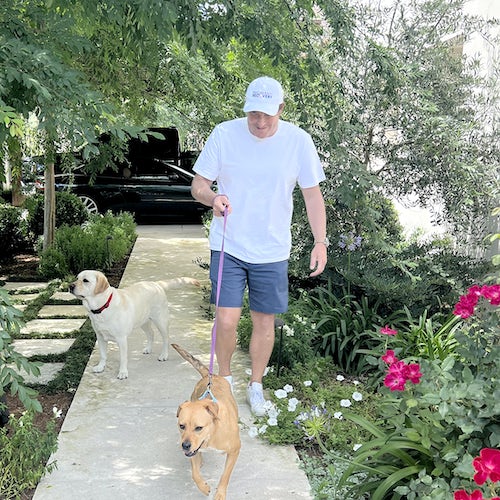 “The money we receive from Cane’s helps us care for all the dogs we care for,” says Paula Schoen, executive director of Friends of the Animals. “When we remove dogs from the shelter, we never discriminate based on whether they have heartworm or have other medical needs, and that’s because of these donations. Their support is crucial for us to can help as many dogs as we do.”

Below you will find many former shelter puppies like Clove as well as a few thoroughbreds like Cane III. And although they took different paths to their forever homes, they all have one thing in common: they are very good dogs.

Read on to hear from their owners, each of whom would likely name their fast food franchise after their four-legged friend. 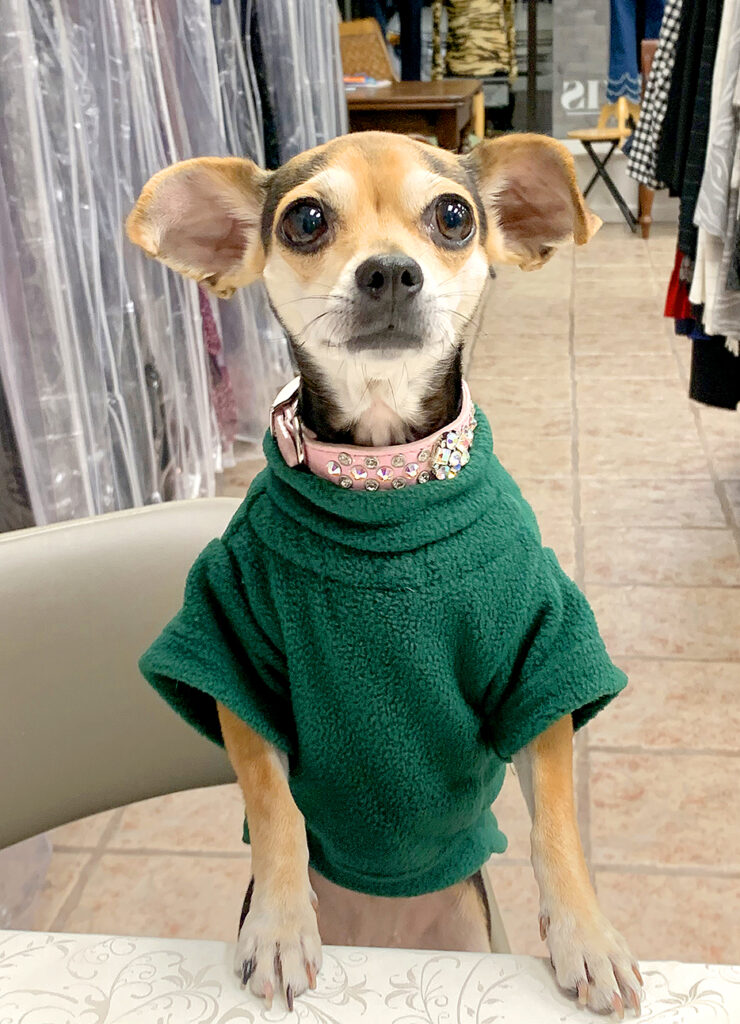 “I adopted her from Friends of the Animals in August 2020. She comes to work with me every day. She thinks her job is to ring the doorbell and let me know that a client has come in. —Travis McLavy 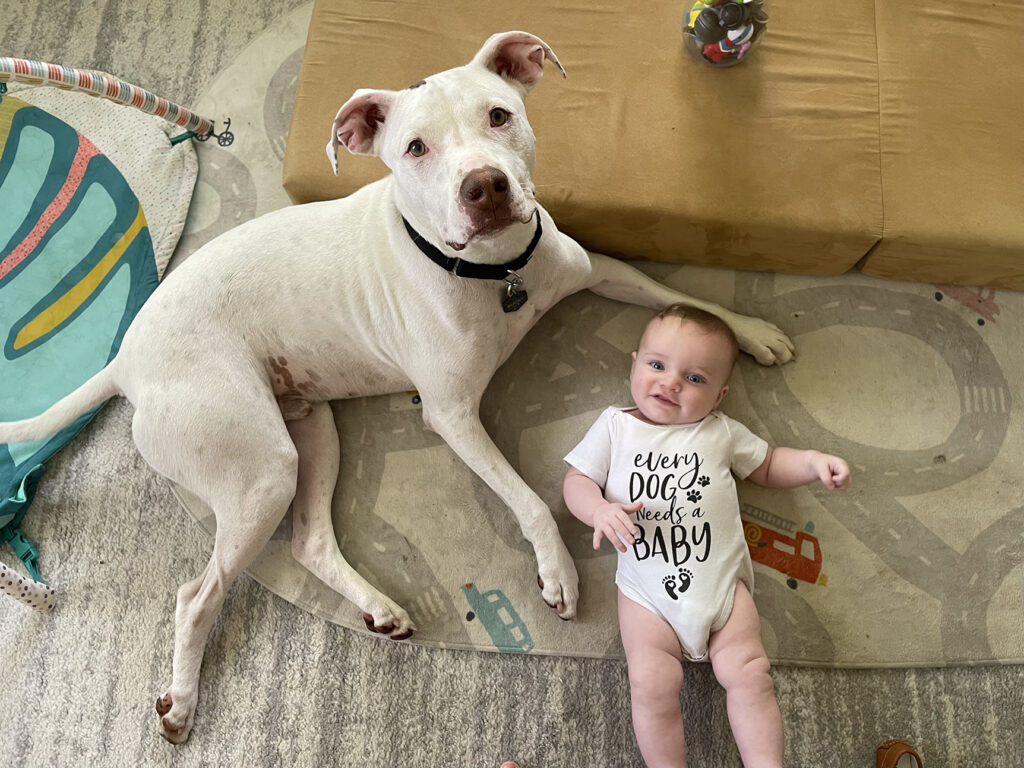 “Bucky is not only the nicest dog, but he’s also the best big brother to his two little humans. He uses his inner bark when he talks to us (usually), helps clean up the mess his brothers make (mainly food), and he loves snuggling up on the couch (or on the floor) with his baby. —Ashtin McNicoll 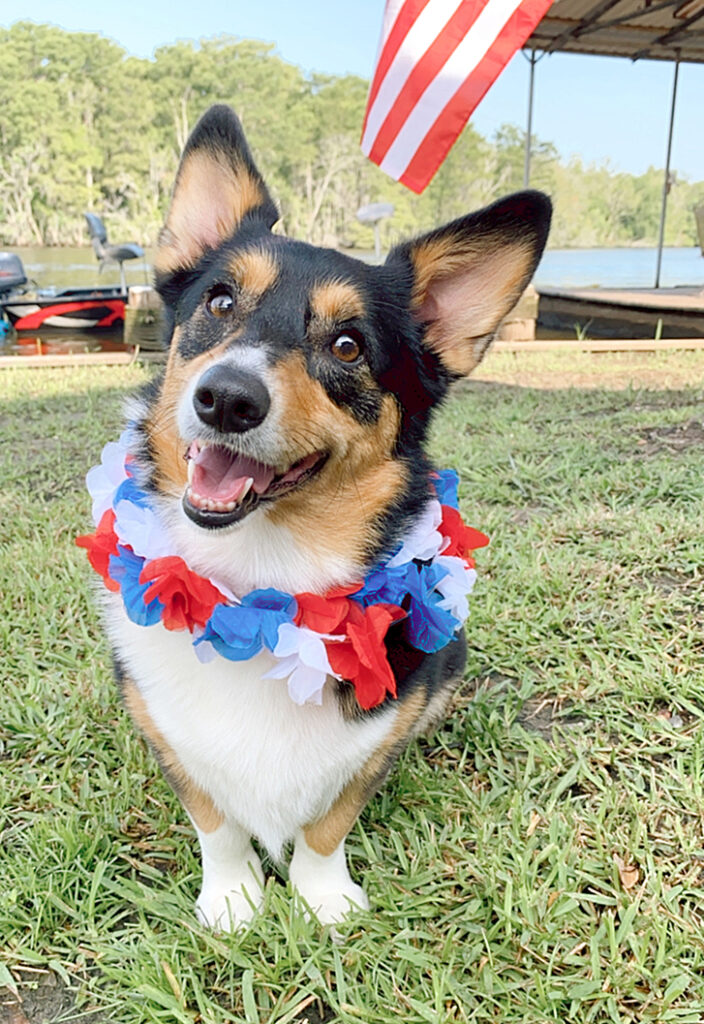 “She has the funniest personality and is the biggest protector. We call her our little watchdog because no one comes home until they’ve passed her! She’s just the best. —Anna Chapman 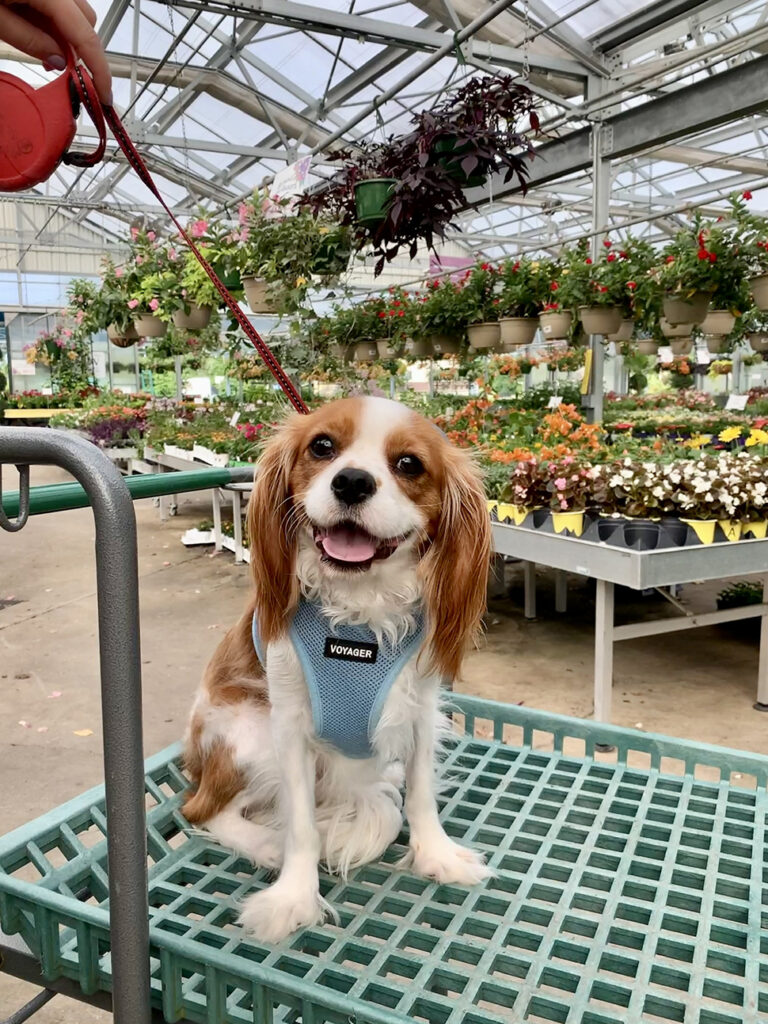 “When he’s not snuggling or sleeping next to me, he loves going for bike rides, playing in the pool, buying plants, sunbathing outside and begging for puppy cups.” —Kelly Hansen

“There’s no personality like a Frenchie! We love how Miles and Major are the comic relief of our lives – utterly goofy and overly energetic but always in the mood to play and rub their bellies. Without a bad bones in their body, they would greet any stranger with open paws and a few loud sniffles. —Dan Bergeron and Shawn Zeringue 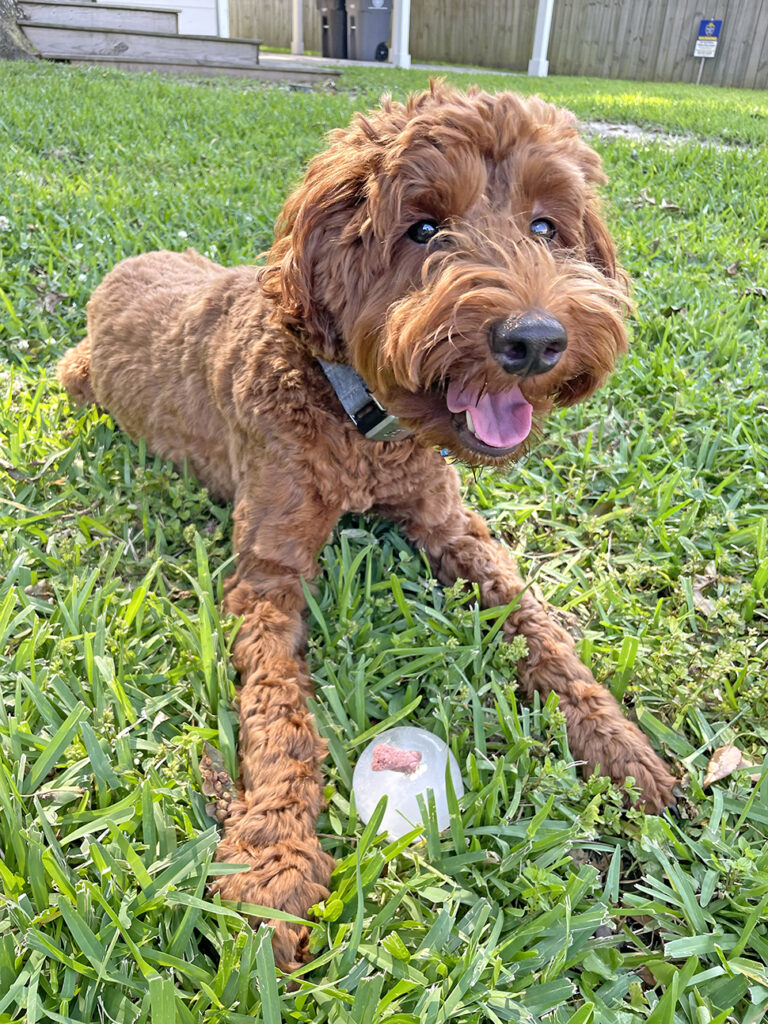 “As well as being adorable, Rouge has a playful personality, loves meeting new friends and is great with all age groups. We take him everywhere with us. He’s a regular at Mid City Beer Garden and loves it. promote local dog-friendly restaurants. —Anna Katherine and Austin Jackson

“We rescued Tux in October 2021 from Rescue Rehome Repeat. Tux adds so much joy to our home. He is so cute and loves his brothers. —Lisa Jain Welden and her sons Devin and Sohan 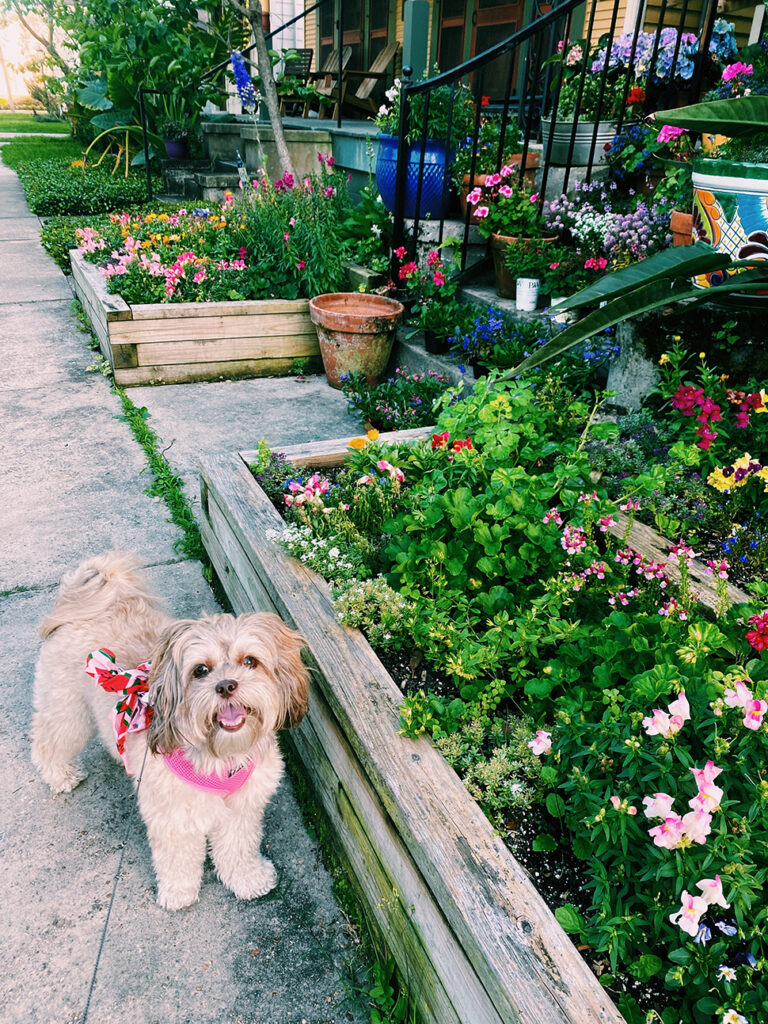 “Maisel (of The Marvelous Mrs. Maisel) lives up to her namesake, as she’s the most wonderful travel companion and dress-up queen with the best eyelashes in the world. —Sarah Cripps 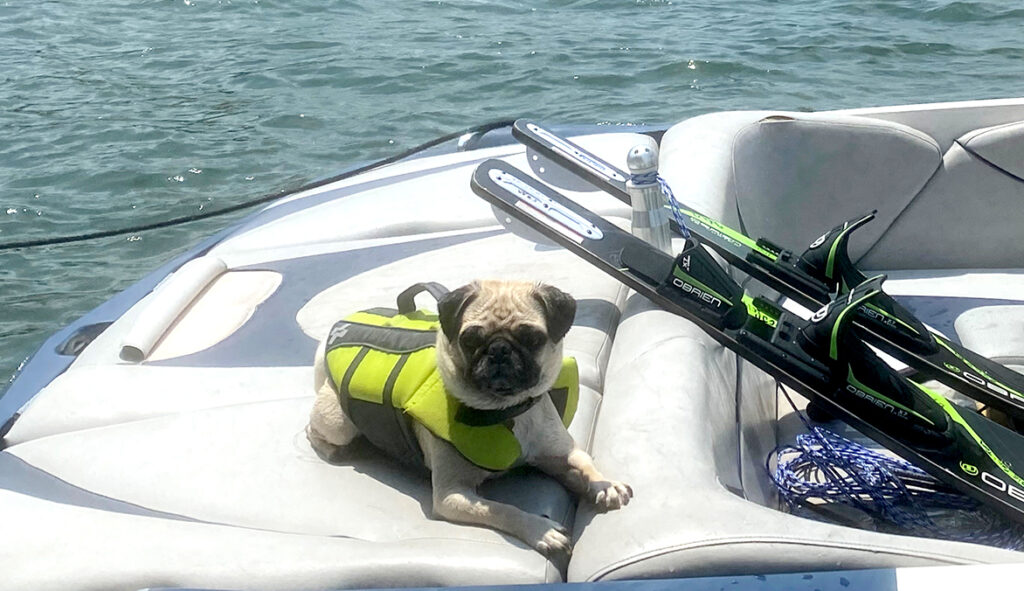 “Boss embraces the scorching days of summer by basking (and napping) in the sun in his quest for the perfect tan. He loves his role as lifeguard on the ski boat. —Caroline Graham and children Connor and Emelie

“There are so many reasons why our Stella Bella is the best, but some of our favorites are that she never meets a stranger and is always up for an afternoon nap. She’s more happy when all the attention is on her and she is scratching her belly. —Alexis Dunbar 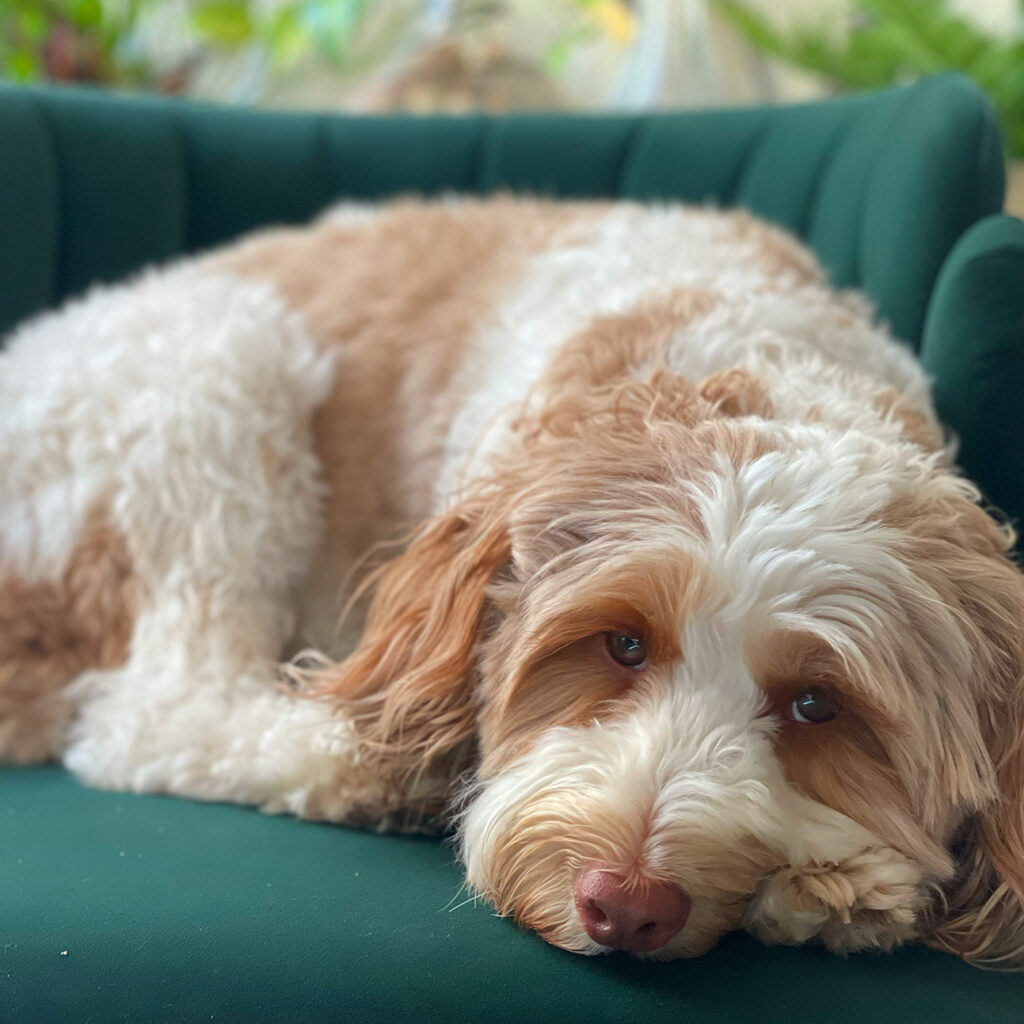 “Layla loves her family so much and will be jumping for joy – 3 feet in the air – when we get home and also when she cooks her dinner. She loves cuddles, playing fetch and taking long walks around the neighborhood. —Kaitlin Hoover 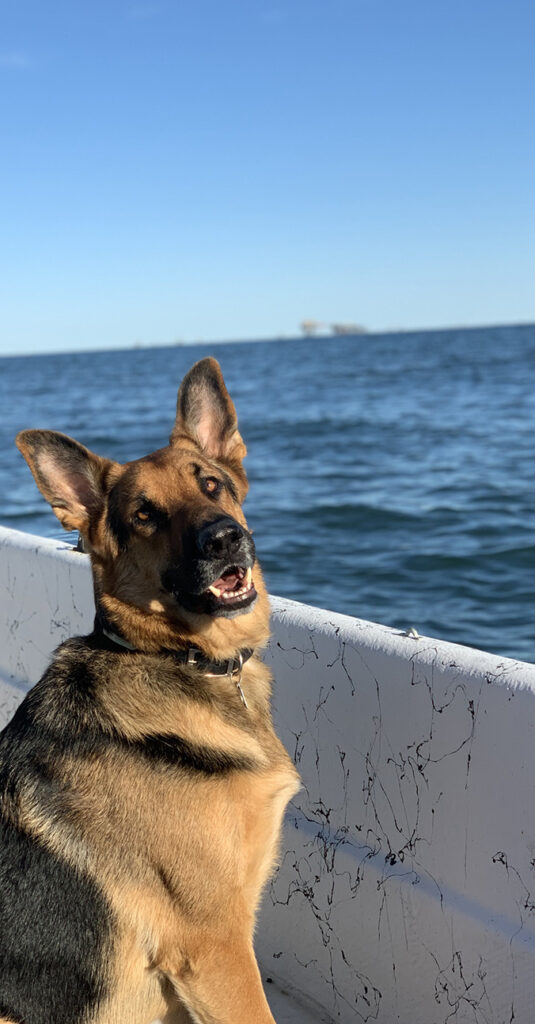 “Since the day I adopted him, he has been with me. From hiking and biking to fishing and wakeboarding, Tac has never turned down an adventure. —Mary Katherine Bernard 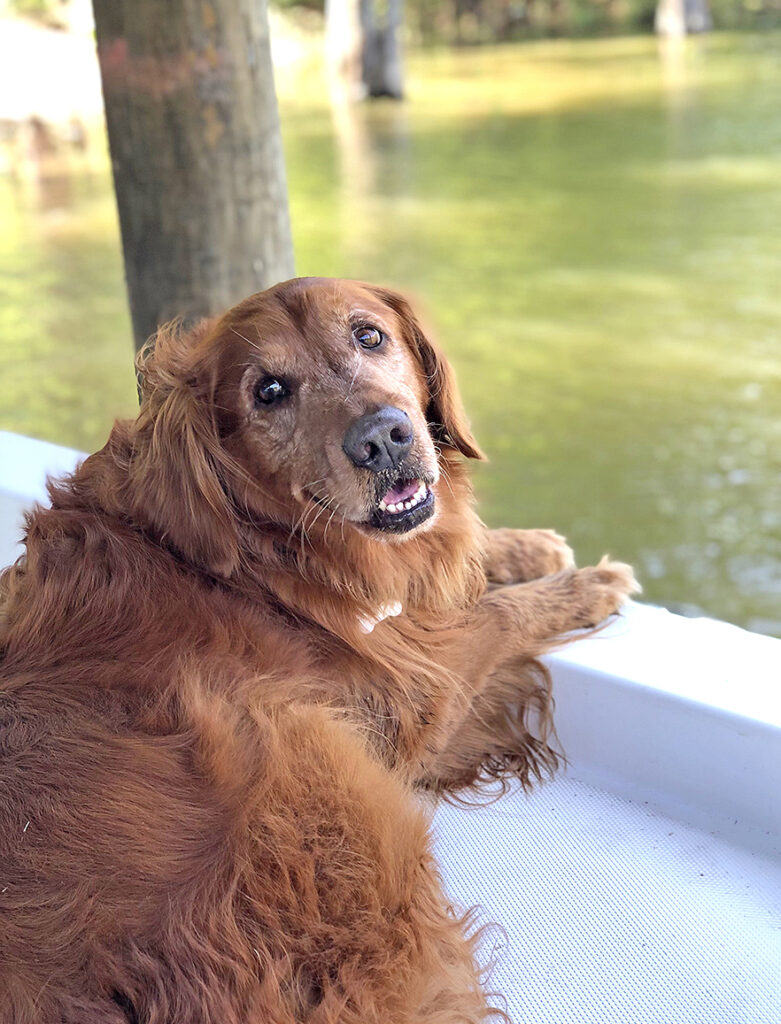 “He is the most loyal companion and has tons of energy even in his old age. He brings us so much joy and only asks for belly massages in return. —Meghan Moreau 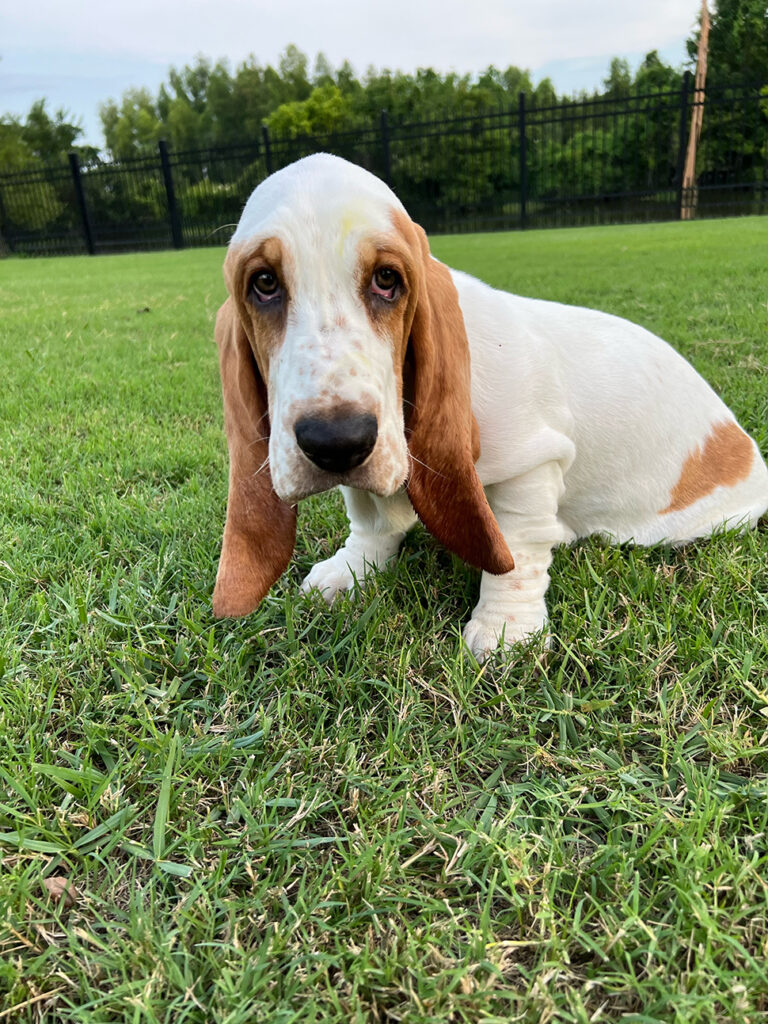 “He is very easy-going and full of curiosity thanks to his basset sense of smell. Going on trips to pick vegetables from the garden with his father is one of his favorite late afternoon activities as he loves to taste cherry tomatoes. —Kimberly Joubert 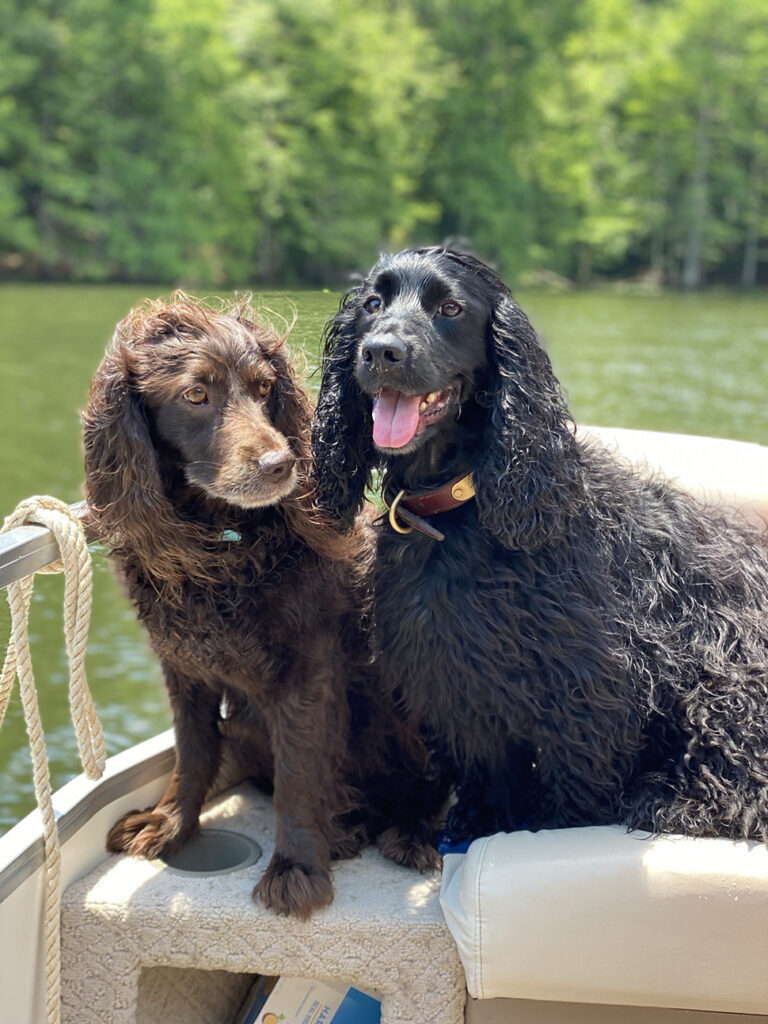 “This pair of pups live for the water, taking any excuse to get on the boat for a ride.” —Megan Andries 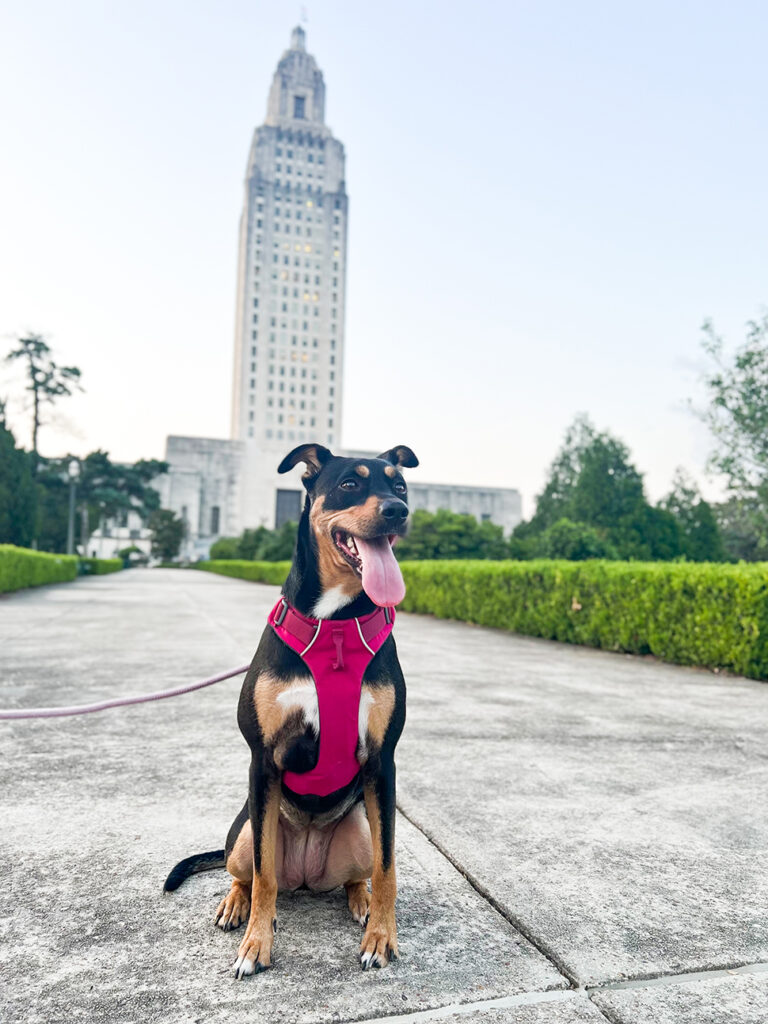 “I adopted her from Companion Animal Alliance in January 2020 and we have been inseparable ever since. She is the best adventure partner. She loves to explore, especially around her hometown of Baton Rouge. —Hailey Smith 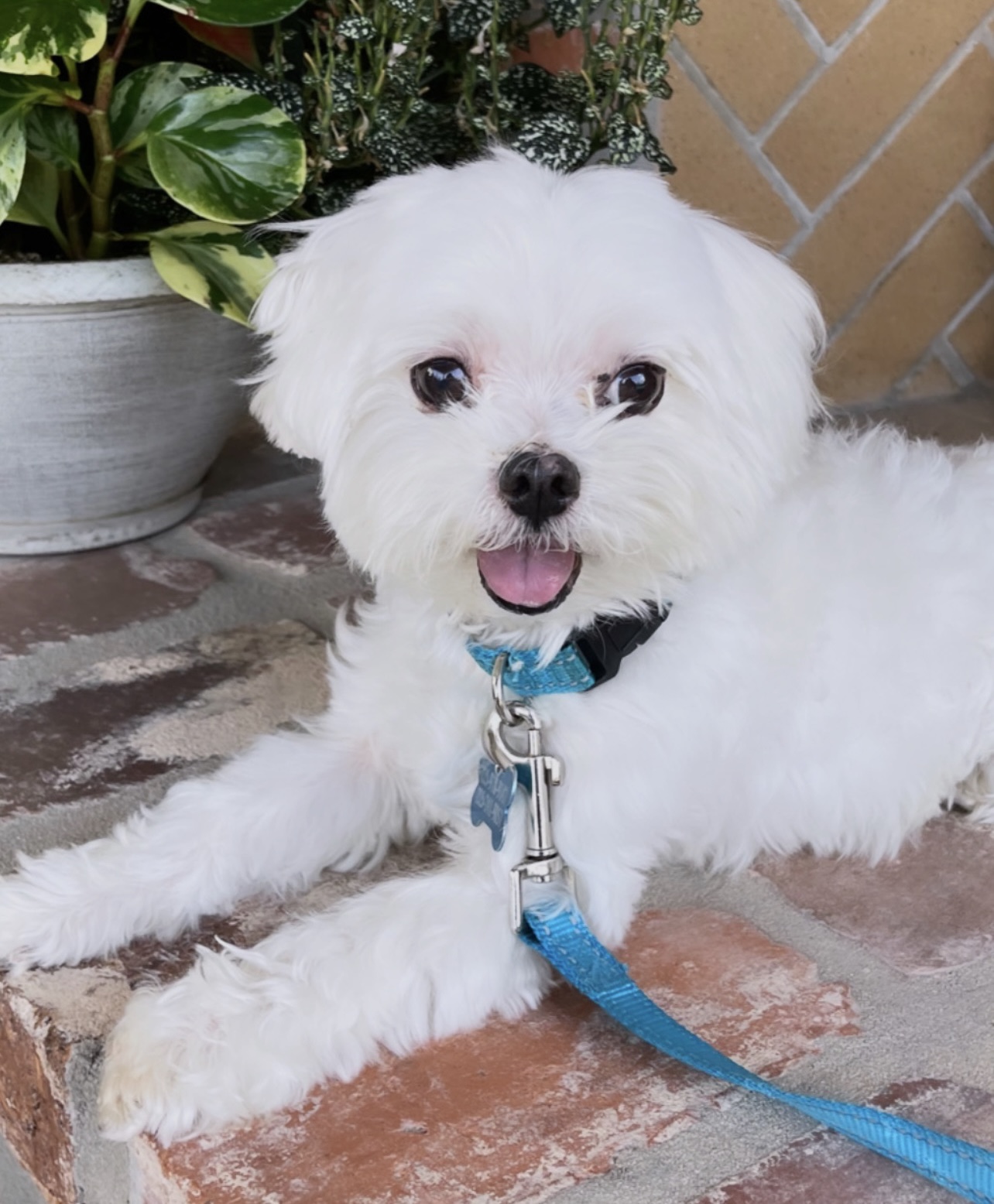 “Snowball is our fluffy, energetic little boy who keeps laughing every day. He loves naps, sunbathing and playing outside. We can’t imagine life without him!”—Alaina Bruce 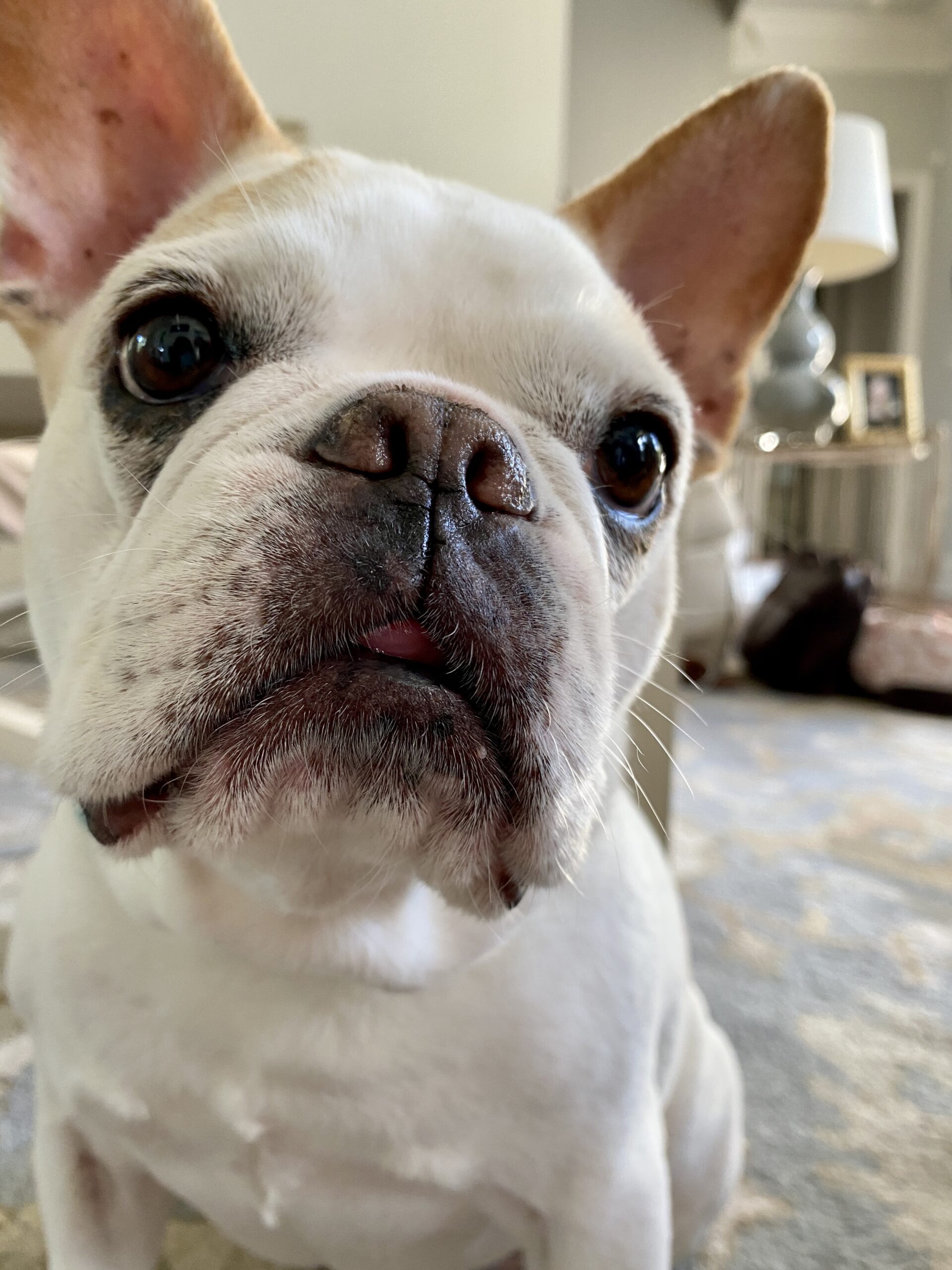 “At 10, Mignon loves nothing more than snuggling up, taking walks and watching TV. She rings a bell to go out and shows off her toys as she parades around the house with them. —Sydney Boudreaux 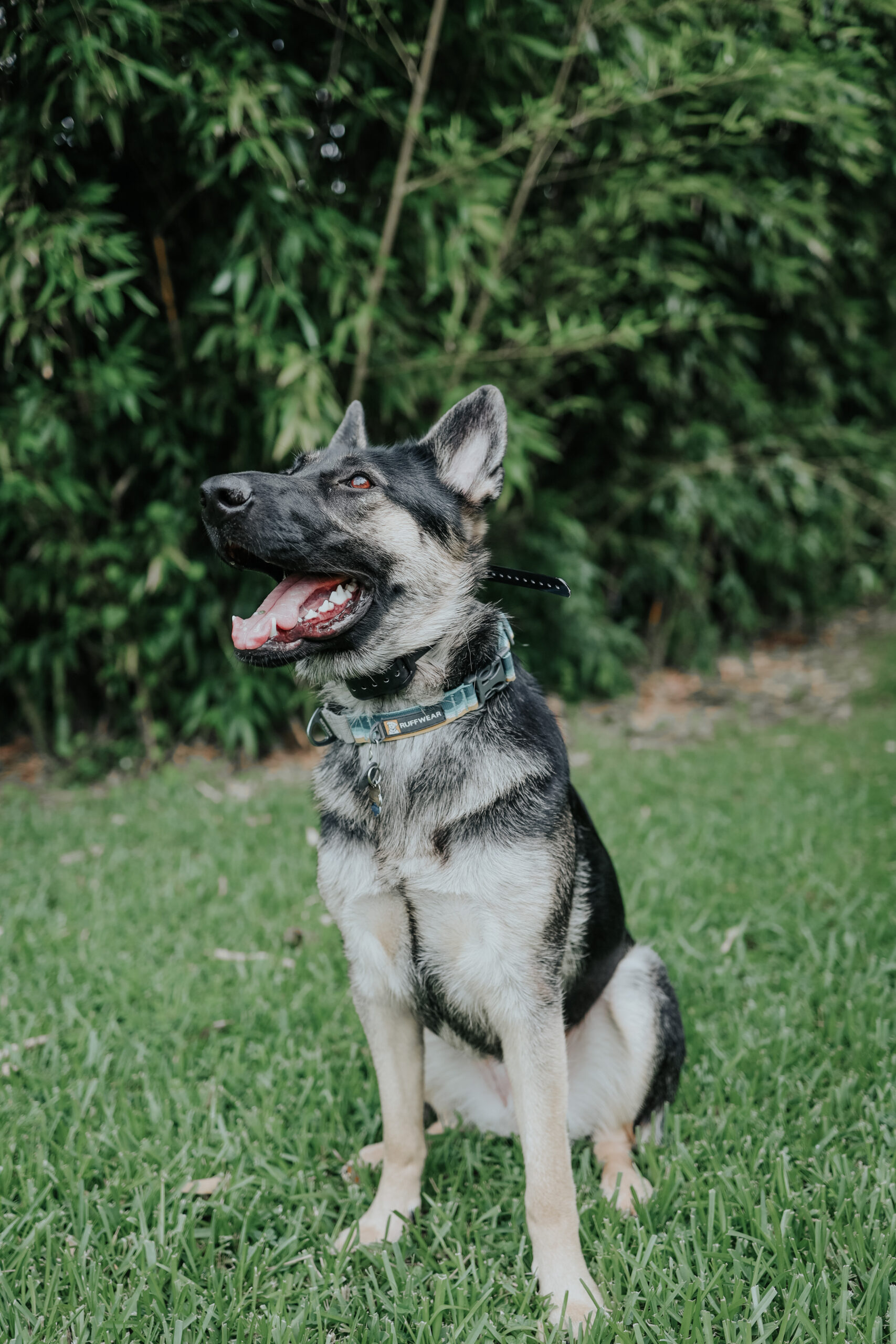 “He’s a quirky, energetic, sassy ball of energy that follows his family around the clock.” —Steven Nguyen 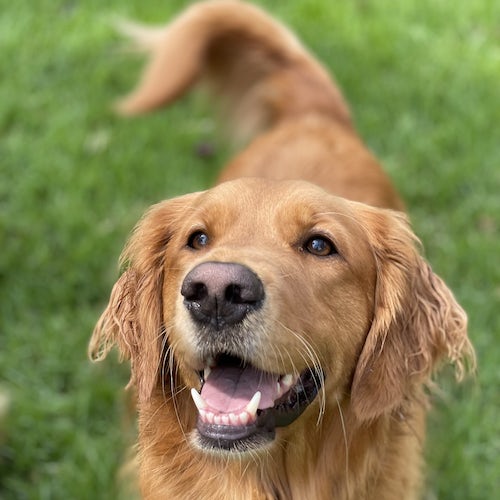 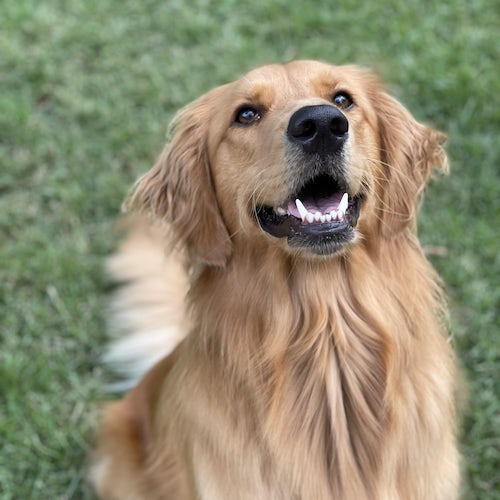 “They are the sweetest sisters and they bring the most joy to our lives. They are also mum’s best co-workers as I still work from home full time. —Elisabeth Eversole 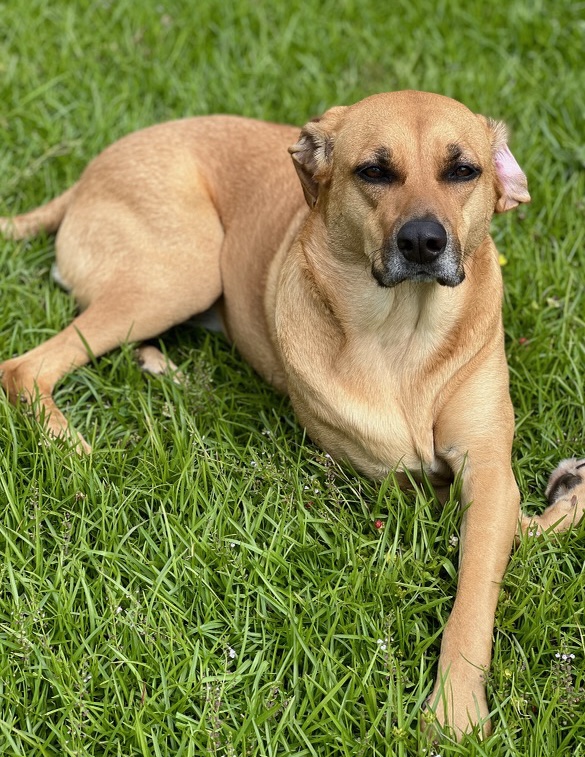 “I strap him in the car and every time someone pulls up next to us he breaks down laughing and pointing at her. It makes me happy that Olive makes so many people smile. —Leigh Manuel 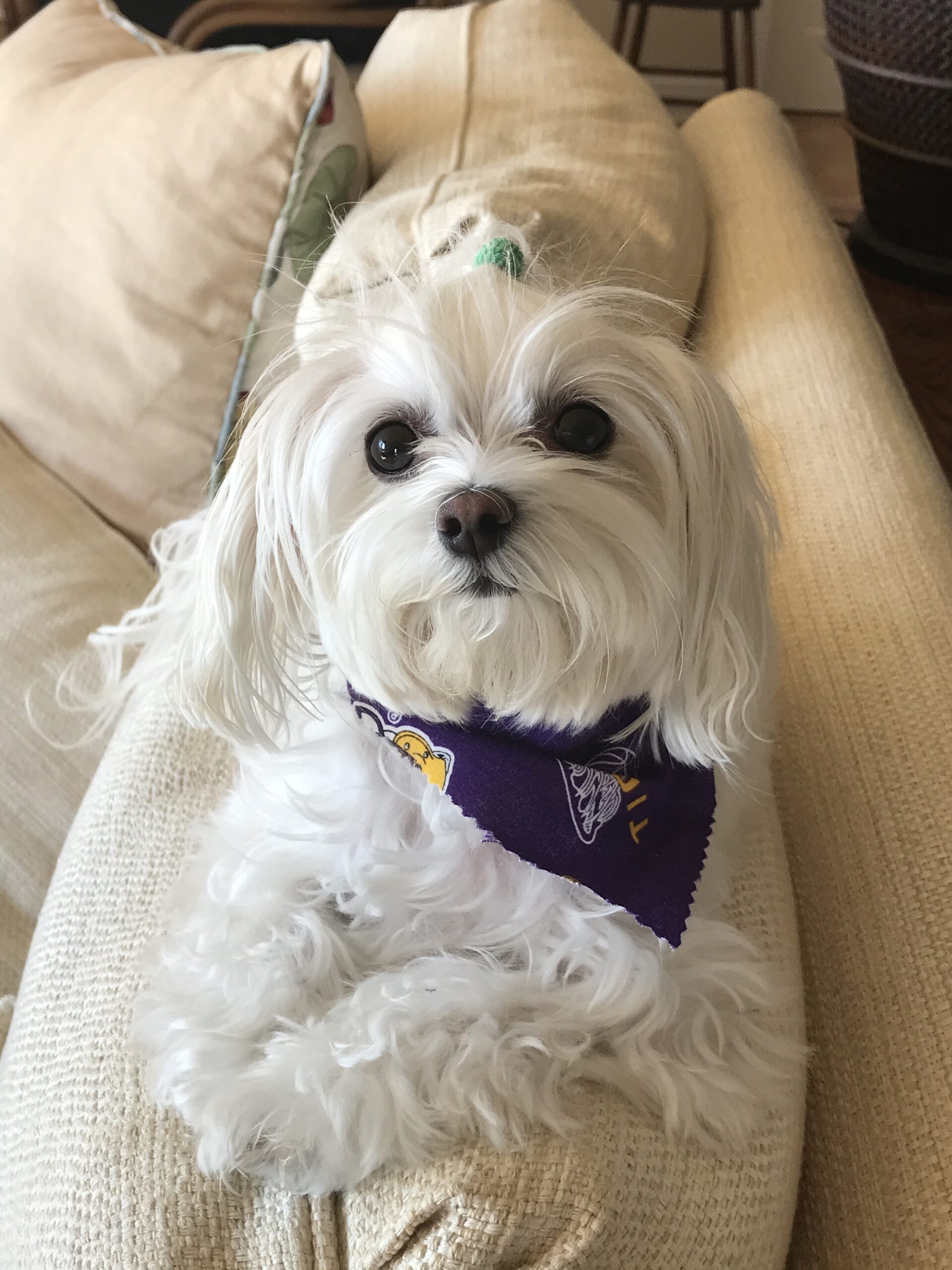 “Bliss is sassy, ​​spoiled, and brave! She loves being held 24/7, sitting on her hind legs when she wants food, getting restful sleep, and rubbing her tummy. —Rheesa Purpera 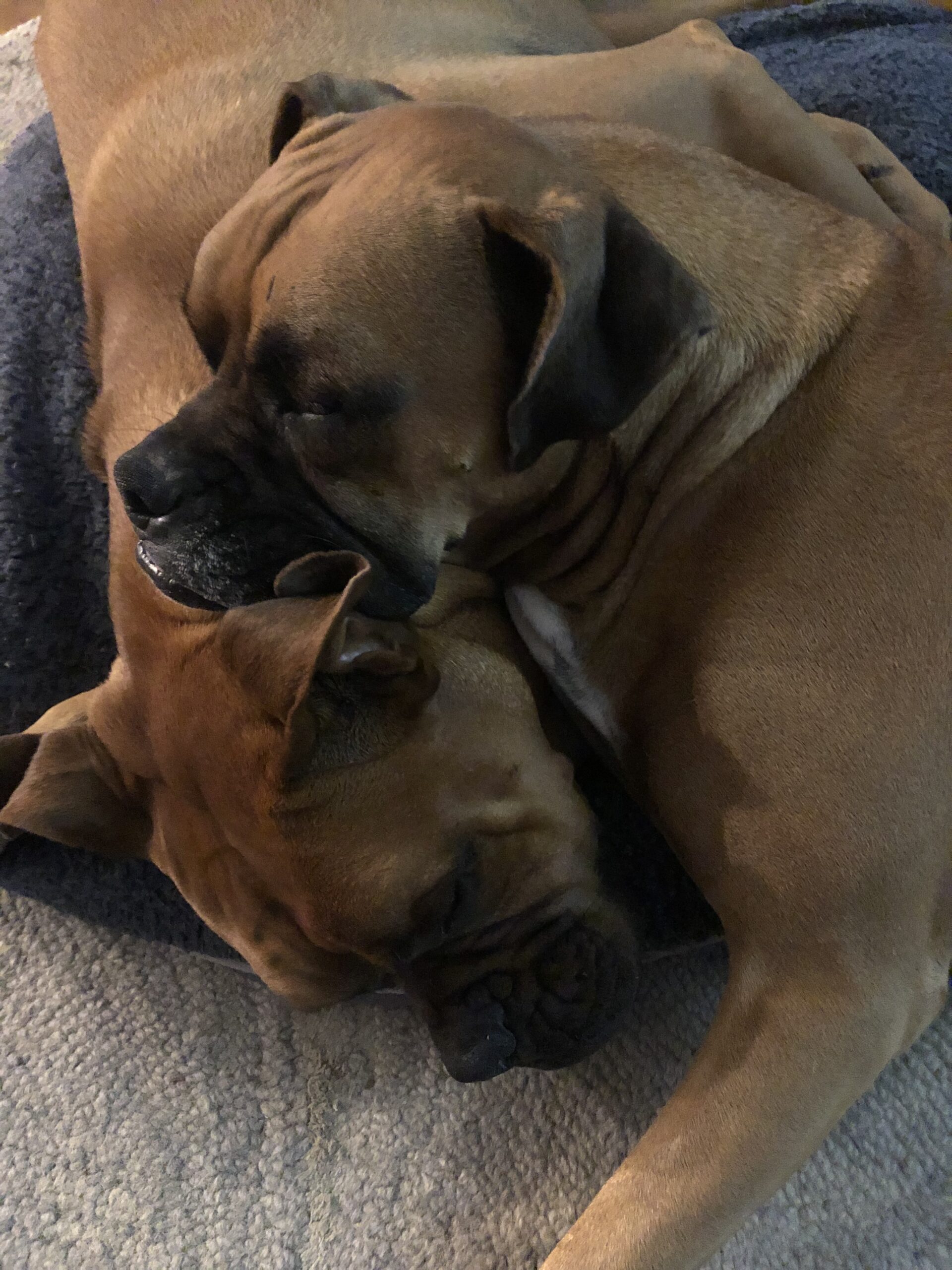 “I went to get a boxer puppy and ended up with two. They are mostly good…sometimes not so good. —Mary Kay Montgomery 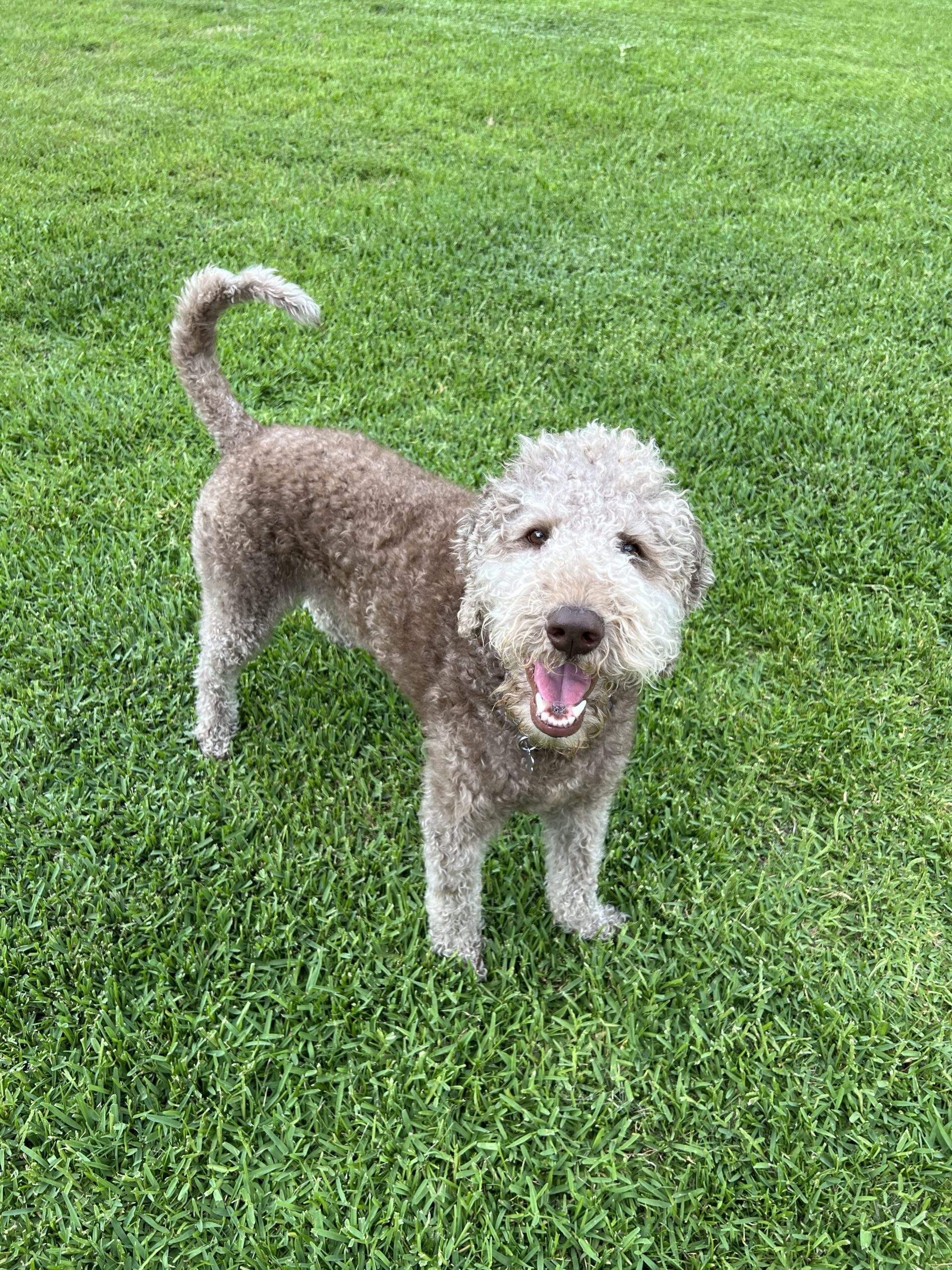 “Roux is my best friend. She loves car rides, meeting new people, scratching her head, spending time on the patio and chasing lizards, even though she has never caught any. —Lindsay Voinche Harper 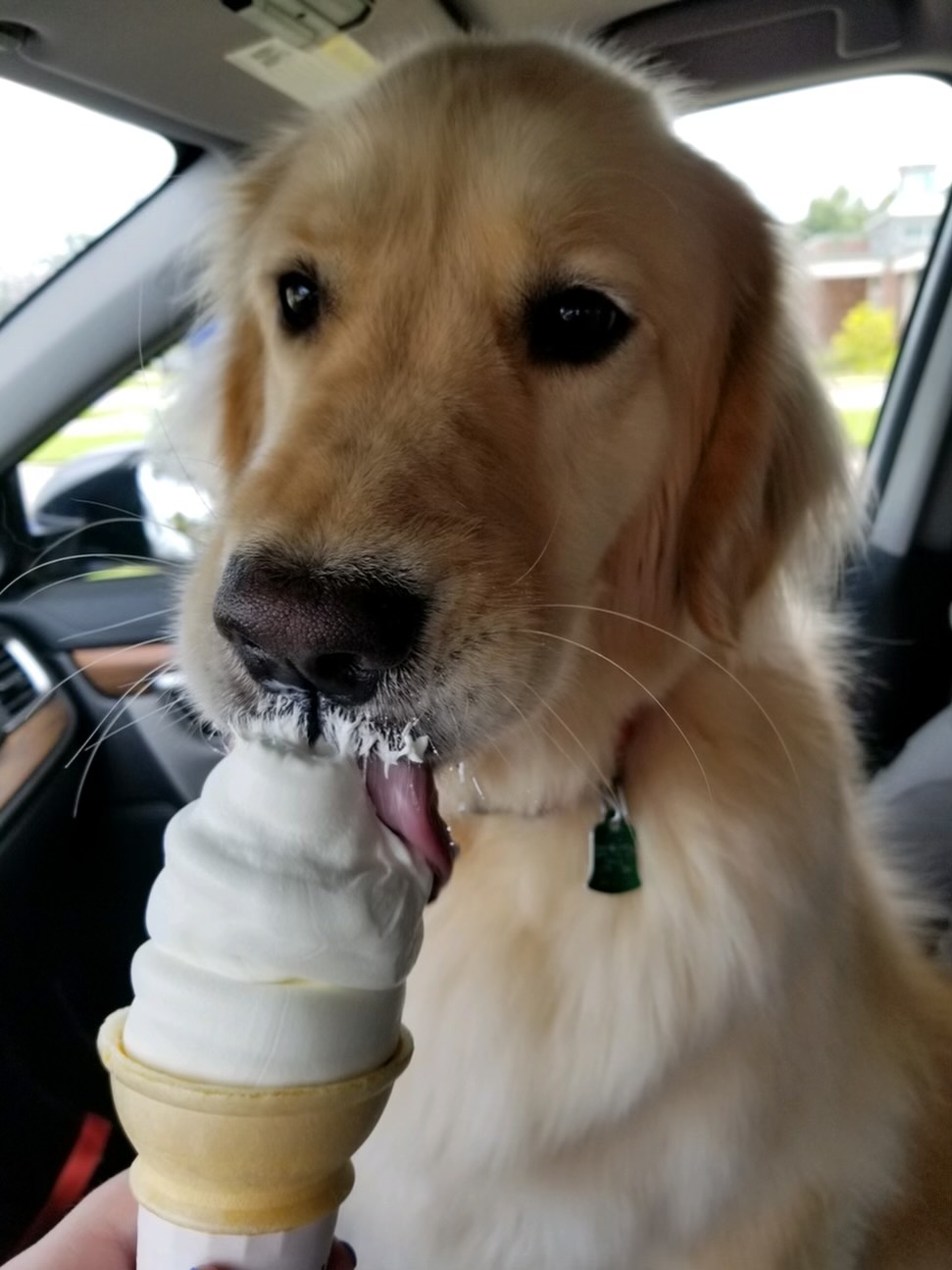 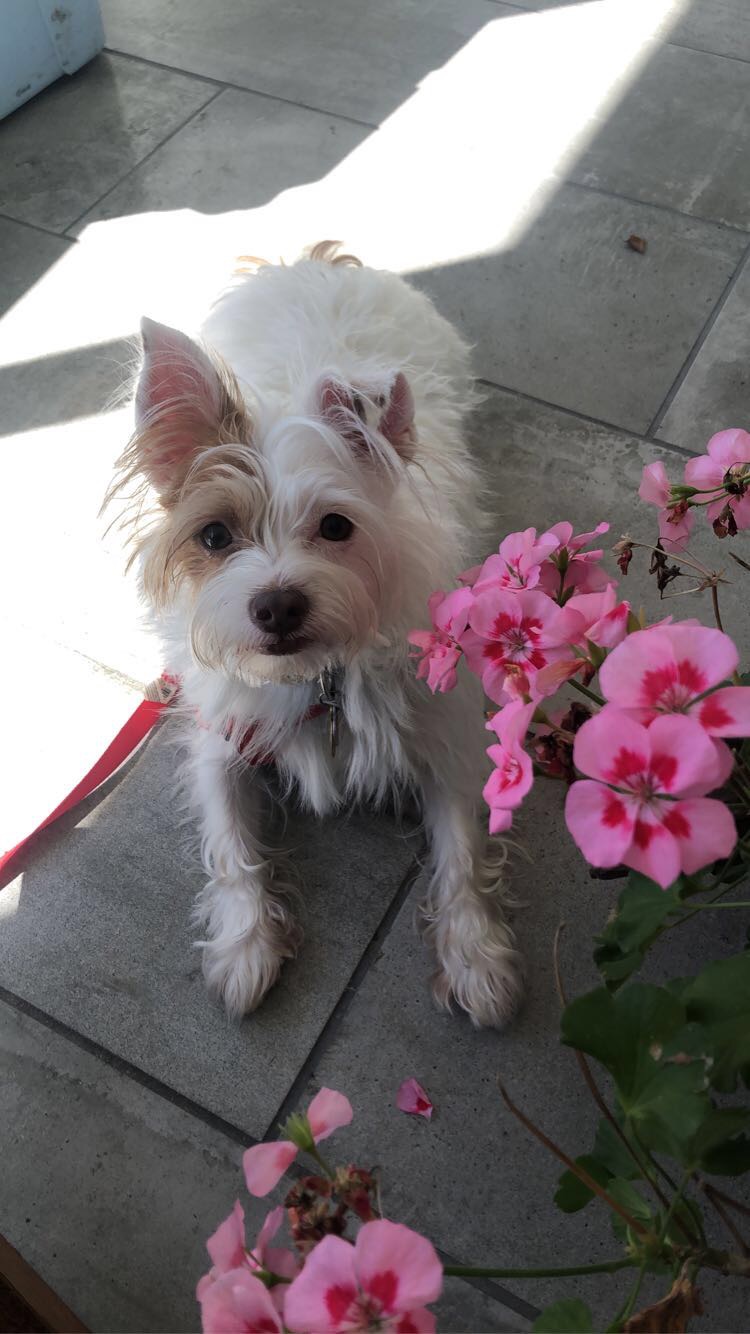 “I rescued her three years ago from Companion Animal Alliance after meeting her while I was volunteering. It felt like it was meant to be! She’s my best friend and goes wherever I go. —Emma Friday 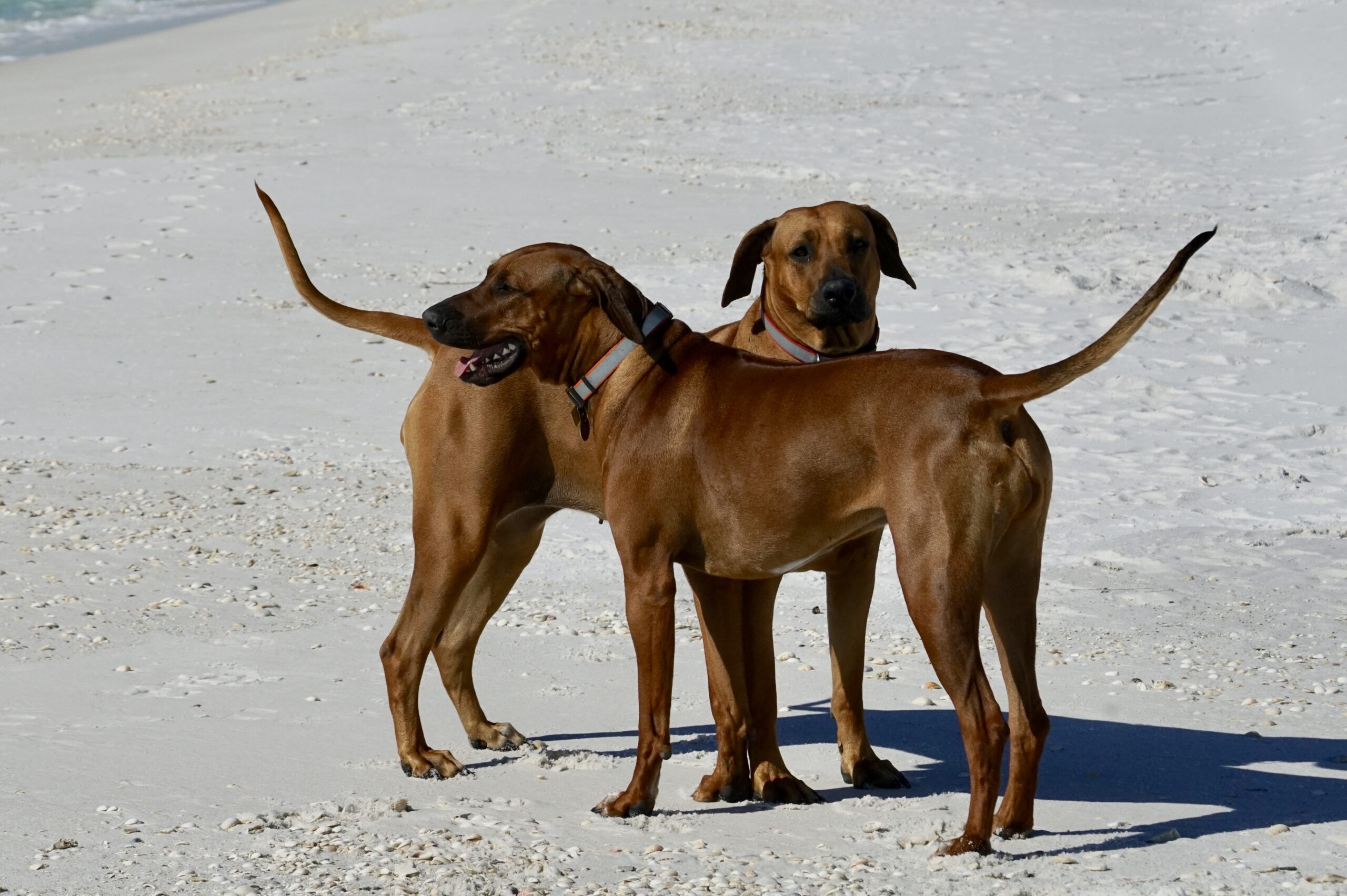 “These two dogs are always by my side. They literally saved my life twice. They love spending time on Gulf Coast beaches and hiking in the mountains of North Carolina. —Julie Tucker 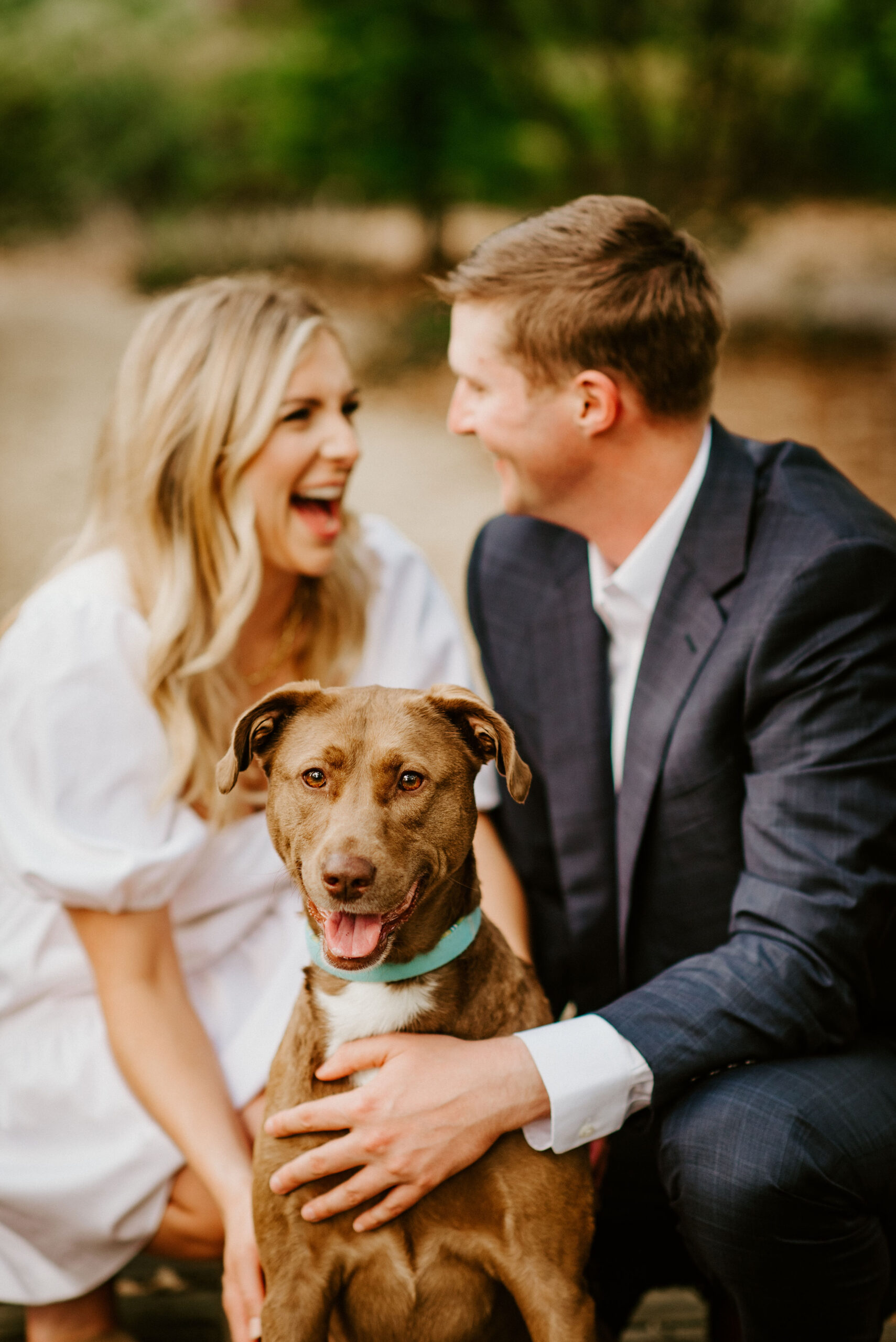 “I had Lele right before my senior year of college and she’s been my best friend ever since. I knew my husband-to-be was definitely the one where Lele couldn’t get enough of him. —Margaret Mangeli