WASHINGTON (AFP) – The routine is now familiar: open the kit, swirl a cotton swab, put it in the solution and eagerly await the results. Except this time it’s not a test for COVID – it’s a DNA test for dogs.

The kits, which are primarily used to learn dog breeds, appeared about fifteen years ago and their popularity has since exploded in the United States, where nearly 40% of families have at least one canine companion.

“Having a dog and including it as part of your family, you want to know where it came from,” Washington attorney Mila Bartos said.

One of the most popular testing brands, Embark Vet, said AFP it grew by 235% between 2019 and 2020 alone. And the pandemic has only amplified the trend.

At around $100 to $200 a pop, the tests aren’t cheap. But in a country where dogs are king, price hasn’t been a major hurdle for many pet owners.

In 2020 alone, Americans spent nearly $104 billion on their animal companions, according to the American Pet Products Association — a sum equivalent to Slovakia’s GDP. 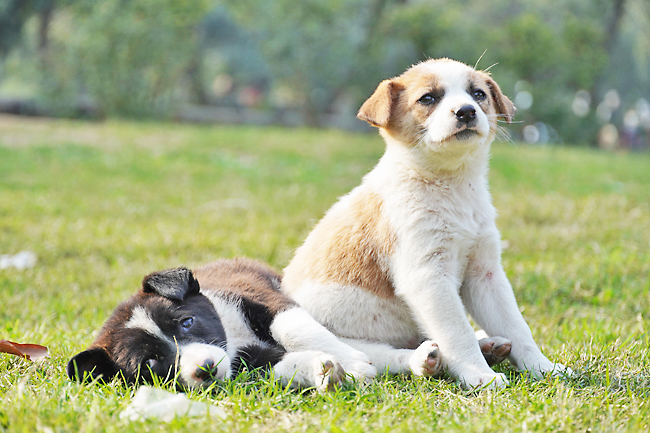 ‘YOU WANT TO KNOW’

The tests are simple: a saliva sample is taken from inside a dog’s jowl and mailed, with results usually coming back two weeks to a month later.

Sometimes when a new puppy parent has adopted a purebred dog, the test is to verify that there has been no error in the monobreed line of the dog.

But for shelter animal owners, the burning question is: what is my dog?

Bartos, 51, adopted three dogs – Natty, Maisie and Mabel – and did a DNA test for each.

Natty, she discovered, is a mix of Pit Bull, Beagle, Chow Chow and German Shepherd. Results showed she even had a cousin living nearby in Baltimore.

With a luxurious, shiny brown coat, Maisie proved to be the descendant of a long line of show dogs.

“For example, her athleticism, her prey drive, her interest in ball retrieval and the selective choice of people she wants to be cuddly and gentle with have become easier to understand given her ancestry,” he said. he said about the little black puppy, which weighs only six kilograms. .

When New Jersey native Ashley Ternyila decided the German Shepherd she adopted from a breeder looked a little too much like a wolf, she got a DNA test.

“It had quite a few wolf-like properties, so for fun and to shut down the rumours, we had it tested,” Ternyila said.

Professor of psychology specializing in the relationship between humans and their pets, Allen McConnell said that “the owner’s desire to understand, predict and anticipate his dog’s actions makes the desire to know something about his breed useful in the eyes of the owner”.

Dog breeds carry stereotypes — Labradors are good with children, pit bulls are aggressive watchdogs — which can often be inaccurate but also help guide understanding of the animal, he explained. .

In addition to revealing a dog’s breeds, DNA testing can also reveal a predisposition to genetic diseases.

The more expensive tests allow users to examine their pet’s DNA for genes that cause heart abnormalities, kidney problems, and premature deafness, among other problems.

But be careful, warned veterinarian Sarah Bowman of Washington: “Just because they have a genetic marker doesn’t necessarily mean they have the disease.”

Testing helps to be aware of the risk and exercise greater caution, she said.

The American Veterinary Medical Association said it encourages owners “to consult with their veterinarians before making decisions based on their pets’ test results.”

Pet parents should also consider the possible ramifications of finding out their dog’s breed. In many countries, certain breeds are considered aggressive, such as pit bulls or Staffordshire terriers, and are prohibited from living in apartment buildings.

If the adoptee is half pit bull, that “could be a problem” with an owner, attorney Bartos warned.

“If you don’t want to know that information, you probably shouldn’t have breed DNA there,” Bartos said.

Which do you choose, and why?