Mudhol Hounds explained: Mudhol Hounds, a ‘desi’ (indigenous) dog breed have been inducted into the Special Protection Group (SPG) team, which provides security to Prime Minister Narendra Modi. The Mudhol dog, named after the ancient princely state of Mudhol, was the first Indian dog to be drafted into the army. It could also become the first native breed to be part of the SPG. According to media reports, SPG officials visited the Canine Research and Information Center (Mudhol hound) at Thimmapur in Bagalkot district of Karnataka in April and took two male puppies. The selection of Mudhol dogs was done by the PM security team after considering the Rajapalayam dog breed from Tamil Nadu and the Rampur sighthound from Uttar Pradesh.Also Read- Who is Santosh Yadav, the first female main guest at RSS Dussehra event in Nagpur

History and characteristic of the Mudhol dog

Mudhol Hounds resemble Greyhounds with a slender build and smaller head, but tall legs and body overall. They are very well adapted to tropical climates, however, they are not very adept at handling cold weather conditions. Also Read – The Tragic Story of Joymala and Why Assam Government is Forced to Take Legal Action Against Tamil Nadu | EXPLAIN

The RVC also trained the dogs to detect explosives. Besides the military, the National Security Guard (NSG) has also taken in the dogs and trains them to track enemy movements along the border, search and rescue, and infantry patrols, among others. Also read – EXPLAINED: What is vasculitis? The rare disease that left actor Ashton Kutcher unable to see, hear and walk

Also recently, the Central Reserve Police Force also said that they would introduce local dog breeds, including Mudhol dogs, into the canine force to bolster their squads. 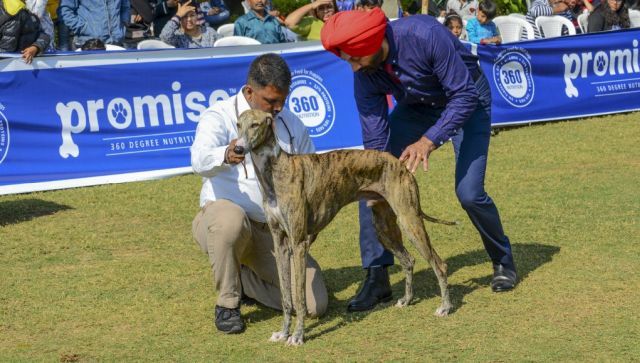 Mudhol Hounds serving the army and other forces

Mudhol dogs were first mentioned on May 6, 2018, when Prime Minister Narendra Modi, while addressing a rally at Jamkhandi in Bagalkot district, advised Congress, “who falls ill at the mere mention of nationalism”, to learn, if not from anyone. others, including Mahatma Gandhi, “at least Mudhol hounds from Bagalkot”, who he said were “going out to protect the nation with a new battalion”.

A few years later, in his Mann ki Baat speech in August 2020, the Prime Minister mentioned several army and disaster mission dogs by name, and added praise for the “very good and capable” Indian breeds. “. “Among the Indian breeds, the Mudhol Hound and the Himachali Hound have excellent pedigree,” he said. “Rajapalayam, Kanni, Chippiparai and Kombai are fabulous Indian races. They cost less to raise and are better suited to the Indian environment and surroundings.